For this week’s Cee’s Fun Photo Challenge, the theme is things that are hot. This campfire made some yummy smores last summer. 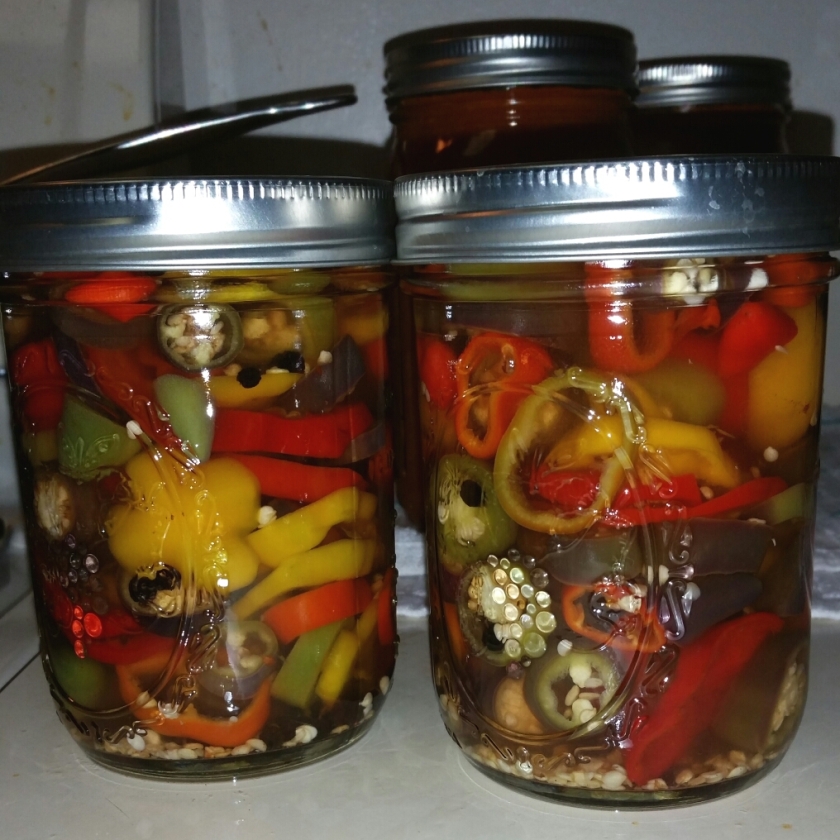 This is a mix of spicy peppers that I pickled and canned last fall. Jalapeños, Scotch Bonnets, and some others that a friend grew but couldn’t remember the name. They sure were hot when I was cutting them up! 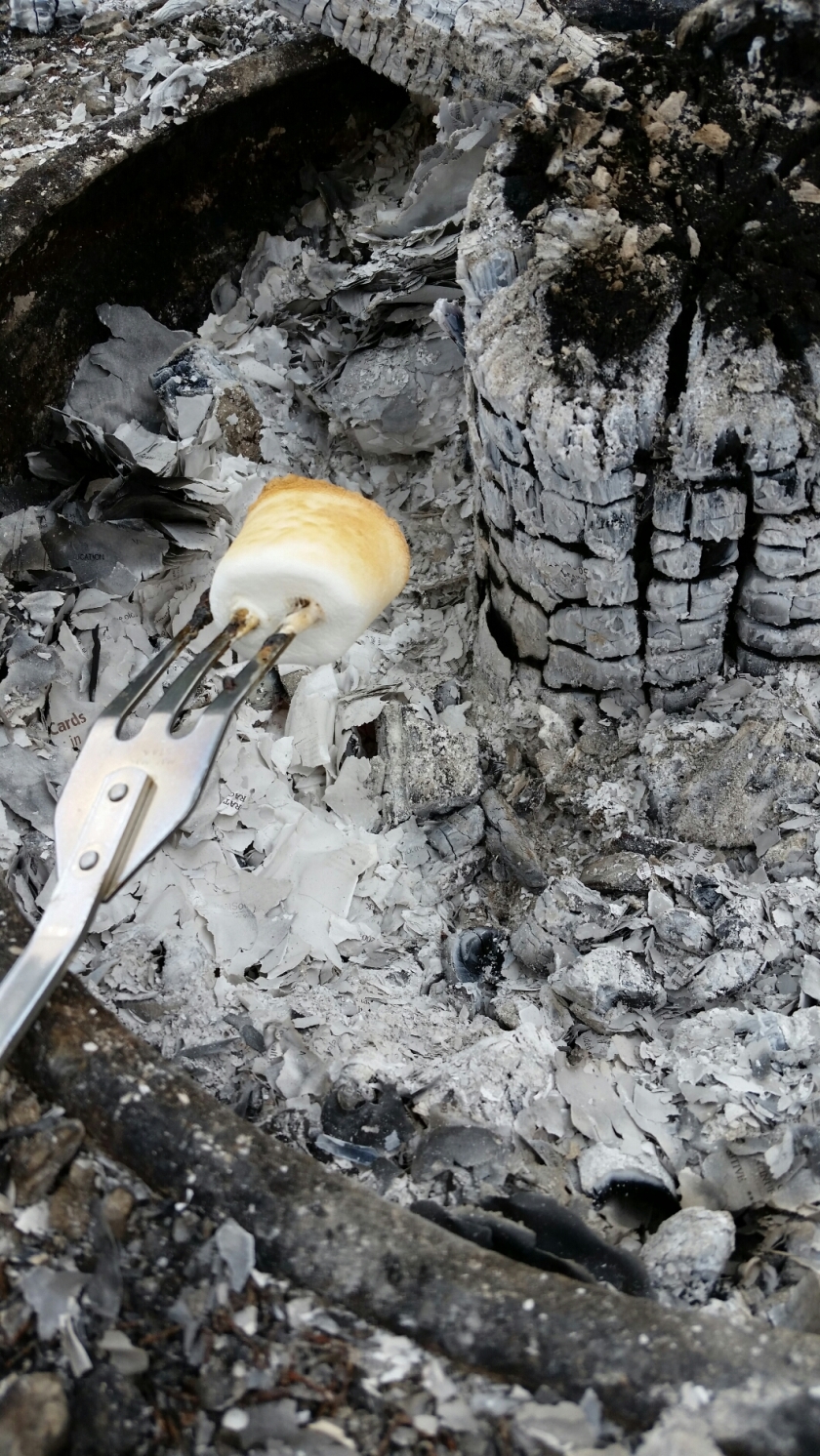 Another campfire for smores from last summer. I guess that’s all I do in the warm months.

Marshmallows again. I really didn’t think I ate them that often. 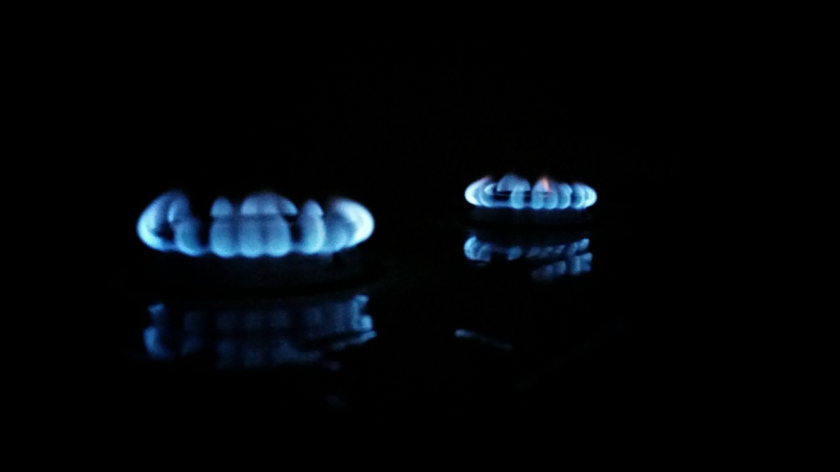 (You could totally toast a marshmallow here if you had to.)

From inside you can see the snow blowing in the wind, but you can’t fully appreciate it until you step out into the blizzard.

With my camera tucked safely in a plastic bag, I took a walk in the afternoon. Or, I should say that I took a trudge through the snow. It came halfway up my shin with some steps, with others it was up past my knees. I wanted to walk to the corner, but the wind was blowing icy snowflakes in my face so I skipped it.

I have taken pictures of this gazebo in spring and in fall.

An icicle hanging off of the gazebo light 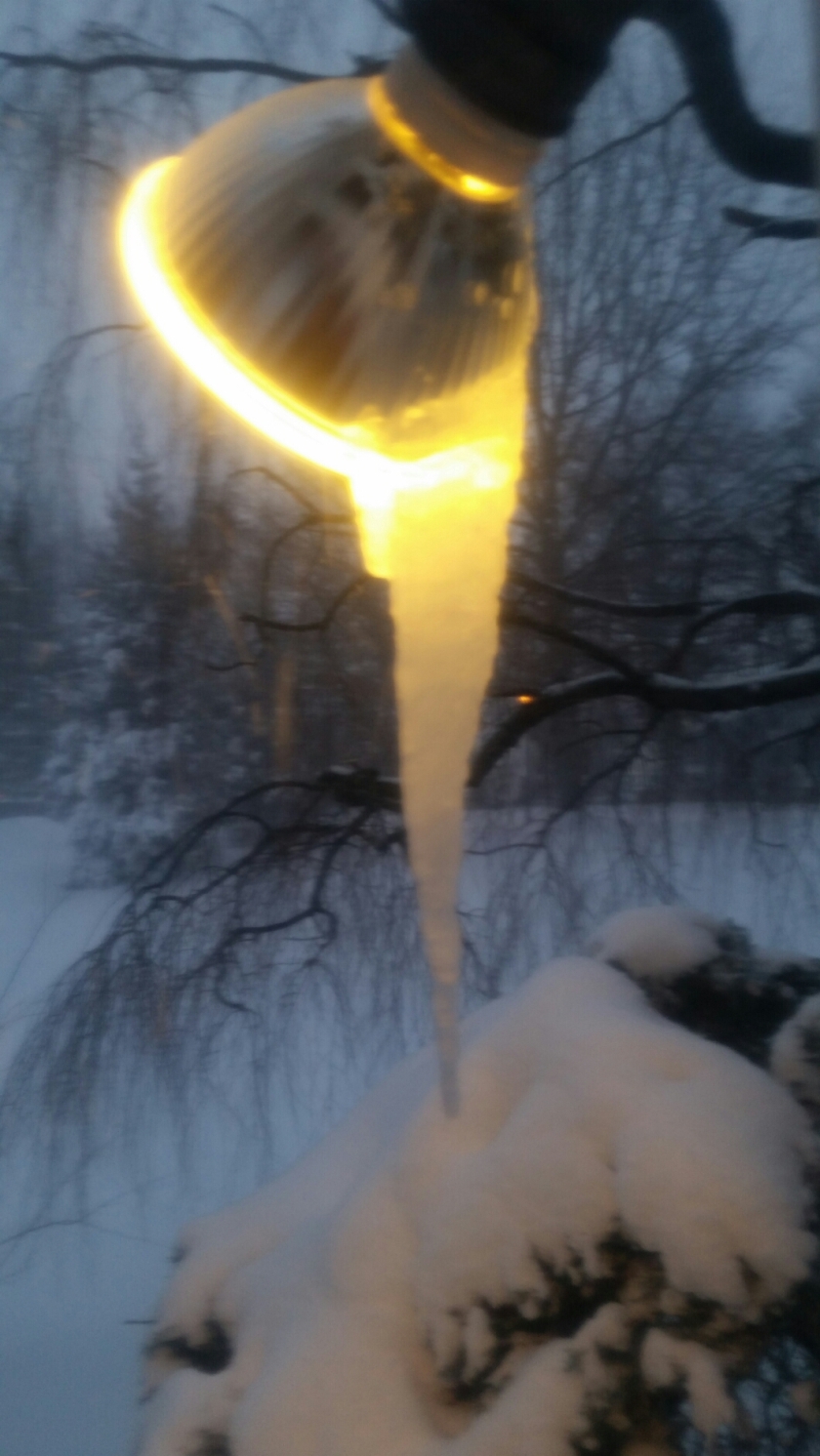 As evening came, the light started to look blue. 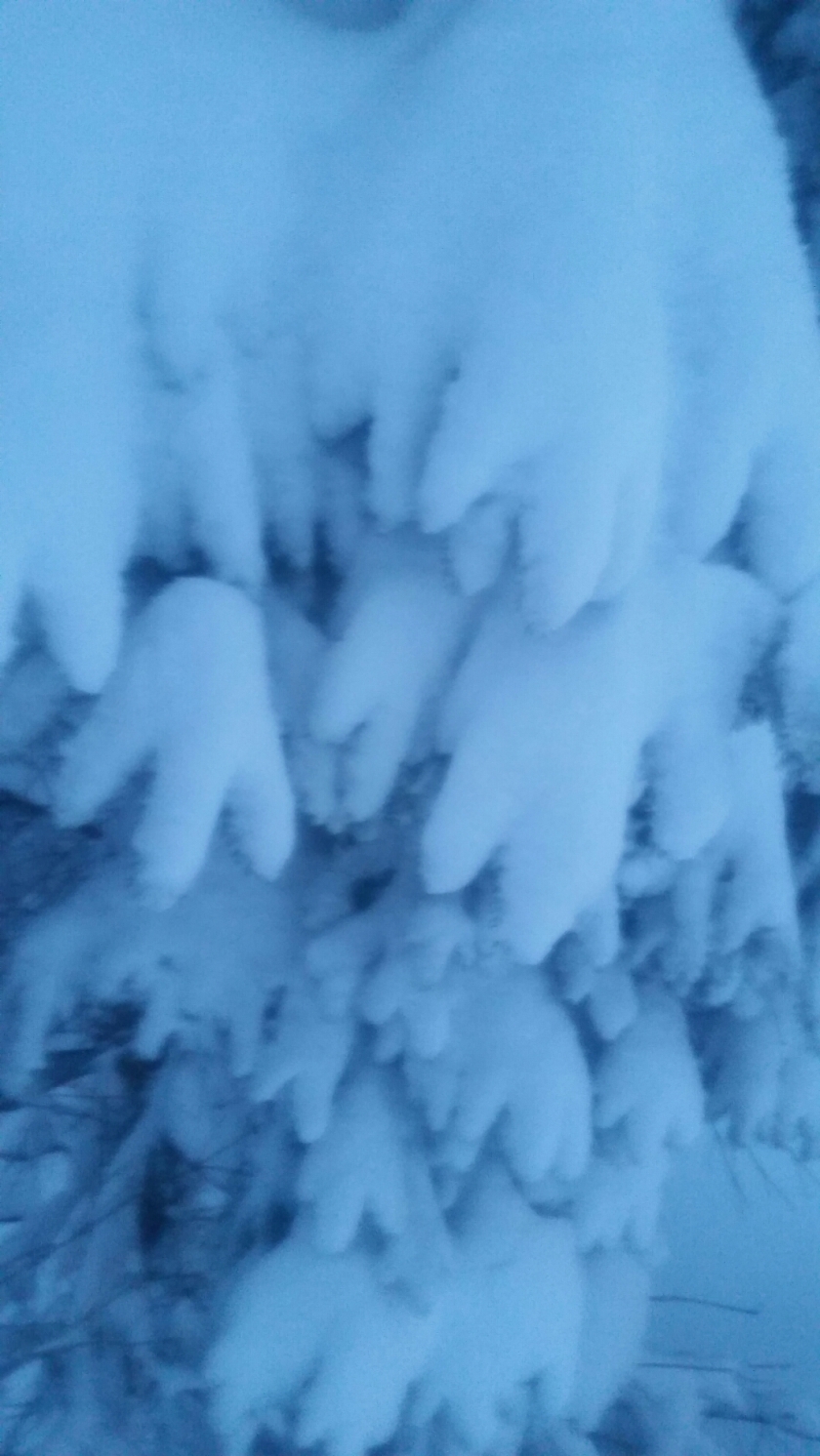 This tree looks like a giant bird about to snatch me up. Probably wasn’t the smartest move to stand under it….

A row of cars covered in snow

A row of trees in the snow

With the wind whipping the snow into drifts, it’s difficult to know how much we got. I think it’s safe to say about a foot.

Here’s the best part about going out in the snow: coming inside and warming up!